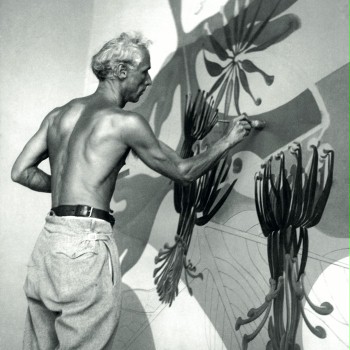 Max Ernst was born on 2nd April 1891 in Schlossstraße, Brühl, as the third of nine children of the teacher Philipp Ernst and his wife Luise. After his studies at the University of Bonn and after participating as a soldier in World War I he started working in Paris, the metropolis of fine arts, in 1922. Being defamed as degenerate artist, he fled to the United States of America after World War II broke out and returned to France in 1953. The painter, sculptor, graphic designer and poet is one of the most important representatives of Dadaism and Surrealism. Max Ernst was inspired by textures, illustrations and ordinary things and changed their meaning. He revealed the unconscious and sought out dream worlds. Max Ernst died on 1st April 1976 in Paris, one day before his 85th birthday.